SubZero (born Varunan Balasunderam) has been given many monikers over the years since his controversial 2004 song - "the fastest Asian rapper" and "the first original rapper of Tamil descent" among other things - but like "horrorcore" these are labels which simplify him too much. The nearly 70 minutes of "The Mind of a Fortress" showcase a wide range of influences, although it's fair to say there's a Wu-Tang like thread weaving through songs like "Iron Fury," "The Temple of Vengeance" and "The Grandmasters Delivery." On "The Kiss of the Dragon" he shows off his hard flow:

SubZero is a fairly impressive artist in general. If he were to come from Detroit, Michigan insead of a Tamil neighborhood in London, he would probably be regarded as a "horrorcore" rapper - although even those in that genre often reject it as an oversimplification of their topic matter. Still there's little doubt there's darkness in his topic matter and beats, making him a stark contrast to fellow Tamil artists from around his way like M.I.A. - and also making him a subject of controversy at times. His song "Tamilz" shocked Londoners who had long turned a blind eye to the illicit activities of a demographic they did not always incorporate into their mindset, and certainly outraged Sri Lankan immigrants who didn't want to be lumped into one stereotype as violent sociopaths. Nevertheless the song achieved a dialogue on both sides that had been long overdue - the kind of dialogue there should have been more of before the London riots of 2011. Polite British society can't ignore its disenfranchised communities forever, especially when the only way to achieve dialogue comes with a Molotov cockail. The alternative is always preferable. 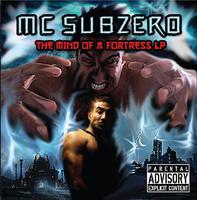 If you have any queries or wish to book MC SubZero - Please contact us.

We are on social media! Check us out!